How to Make More Money Biblically

Would you like to make more money? We are in business to make money. The more money we make the more good we can do.

That's why I sat down with Charissa Quade. She shared her best money mindset tips to increase your business, life, and giving potential.

After years of struggling, Charissa realized that the bigger problem was not the debt, not the irregular income it was the money mindsets that were holding her captive with strangling fear. This prevented Charissa from making more sales in her business which did affect every other area of life.

When her family became debt-free, she started turning to the Bible to learn to manage money and get rid of stress. Just as she managed the rest of my life with the Bible. So as Charissa applied biblical principles to her money mindset and finances, she was able to save up $79,775 in cash to pay for the rest of her husband's school.

How to change your money mindset

If you are struggling with money mindsets, it's essential to get to the root of these mindsets that are holding you back. Maybe it's the fear of asking for the sale, or the fear of people will be judging you if you become successful. Align it with scripture, and get to the root. This will help you start making more sales, raise your rates, and enroll clients at higher levels than ever before.

What is positive money mindset?

Charissa also shared, “I would say your strategies are good, whatever strategy of marketing your launch is fantastic, but there are also money mindsets that are probably holding you back. So if you're not seeing the results that you're looking for, or as you're preparing for the launch, the next one asks the Lord, what kind of mindsets do I have around money about making money? About being too successful? About asking for the sale? And get to the root of them. Because if you don't have that piece, no matter what strategy you have, you're not gonna get as many results as you'd like.”

Business Advice in the Bible

Are you wondering where this is in the Bible?  There are so many business lessons to be found in Nehemiah. If you have not read through that book yet, do it. It's short but packed with insight. Nehemiah had what seemed like an impossible task, to rebuild the entire city wall while facing possible attack for even attempting it. It offers great insight into the truth about business failure and prosperity.

God gave the vision to take on this project to a willing person. Even though Nehemiah and his workers were unqualified, the mercy, wisdom, and community that God gave these people were enough to get this job done in record time.

A job of rebuilding the walls around the city that had been broken down for over 150 years that people had lived in fear of doing.  He was given a job that none of them felt technically qualified for, and yet they pulled together.

With the gracious favor of God, in spite of attacks and criticism, working with their tools in one hand and their weapons in another, in case they should have to defend themselves. It got done in record time, 52 days to rebuild the stonewalls of that city.

The Truth about Business Failure and Prosperity

What could you do in your business over the next 52 days? Is the fear of failure keeping you from trying?

What is the worst that can happen if you try and you seem to fail?
Even if you feel like it was a failure, it's not a failure if you learn from it. There's no such thing as a failure because you fail forward. (I love that idea of failing forward from my mentor, Jeff Walker). If you trip and fall, when you stand back up, you're further ahead on the path than you were before you fell.
Have you ever thought about that? Even falling pushes you forward. When you fall forward and stand back up, your feet are now further ahead than where they were when you tripped and fell. So what happened? You're further ahead than when you were standing before. Nothing is a failure when you're doing it for the Lord. 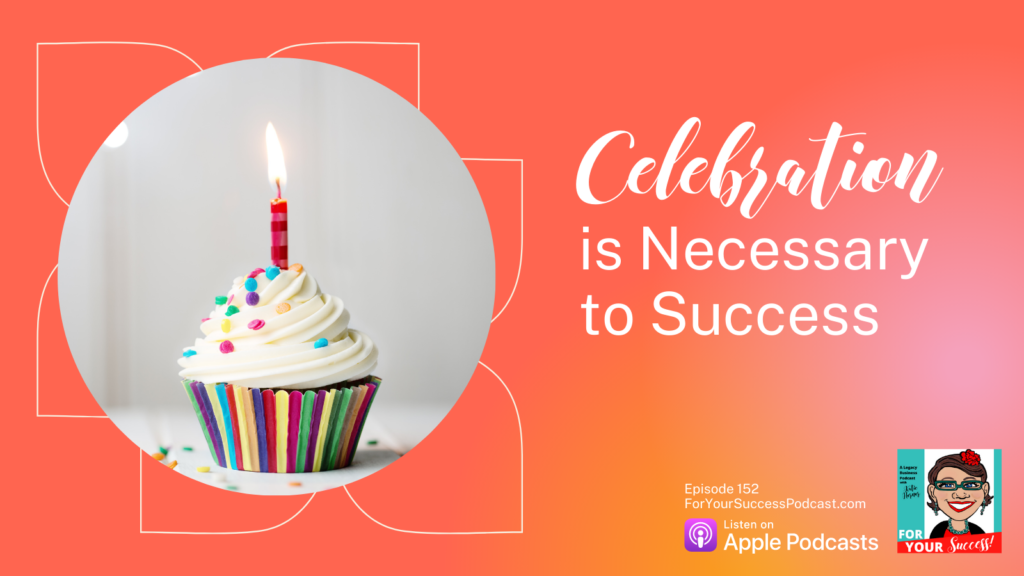 Celebrate Success in Your Business and Life

What did they do when they finished the wall? They celebrated, this was an amazing feat. It was a job that needed to be done for 150 years. They pulled together even being unqualified and they did it. Plus, they did it in record time, in spite of attacks, criticism, and lack of resources and qualifications.
Not only that, but look at what God did. Look how God pulled them together, how he pulled all of them, who were unqualified, to do their own little pieces of this job. So, together, they got it done, a testimony to God's grace and his favor, a testimony to God doing the work through them because they were not qualified in and of themselves.
The people who had come before them had lived 150 years in fear and anxiety over that wall. They didn't dare do anything about it. Yet, these people had the legacy of saying, “I was there. I stood up and helped rebuild that wall!”
Thousands and thousands and thousands of years later, people are still being protected by that wall.

Legacy in Business and the LORD: Business Failure and Prosperity

What do you have to celebrate? Where have you fallen forward and walked by faith when you weren't qualified? You are worthy and capable because He has called you to this mission and message.
Take some time, even just 5 minutes, and sit in gratitude and praise. Thank God, and celebrate, what you have done this year, this week, this hour.
There are amazing things ahead of you, my friend, you are right where you need to be, and you walk in the favor of God.

How to Make More Money in Your Business

One of the best way we have found to increase profits is the Product Launch Formula by Jeff Walker. This formula is one of the many ways to launch, but probably one of the most popular ways.

After 25 years of teaching this method, it has become world famous. In fact, everyone I know who is launching is using this formula. So, let's dive in and see what makes this method so popular.

Jeff Walker started out in the '90s, when the only marketing tool he had was email. Webpages, blogs, and podcasts were still years off. Tools have changed, but the things that have worked since early on, continue to work. It comes down to three (3) things stories, sequences, and triggers. The overriding principle is delivering value ahead of the sale. Product Launch Formula builds real value in people's lives in a way that naturally leads to a sale of whatever you want to sell. 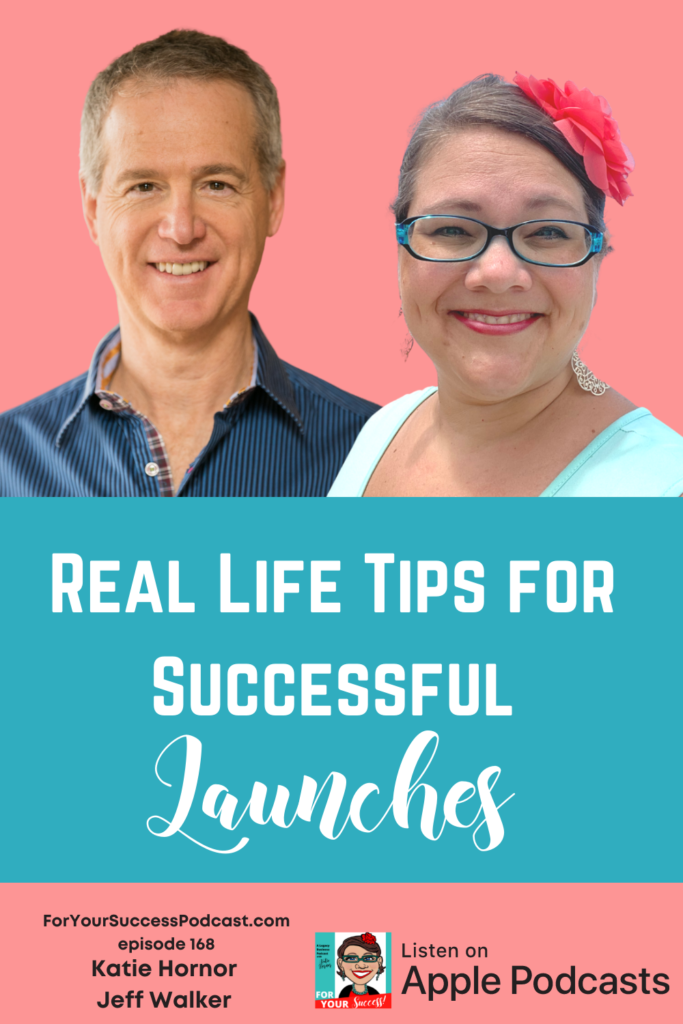 What are the Steps for Launching a New Product?

In your launch, you want to tell the story of that the opportunity for their lives to change and how it's going to change, and how their lives will be transformed. So those are stories.

What Makes this Method Different?

Instead, a sequence is a series of marketing messages. That's really what a Jeff Walker-style launch is. So, there are the pre-launch sequence, an open cart sequence, and a post-launch sequence. It's so much more effective than depending on one single, piece of communication.

Then there are these mental triggers that all of us are walking around trying to make decisions.

“We have endless decisions to make during our lives. So, we have tools our brain uses to short circuit that decision-making. Another way to think about it is that these are triggers that will create influence in other people's lives.

Triggers such as authority. When people perceive us as having authority, they pay more attention to us.” according to Jeff.

Other triggers that Jeff teaches are likability and social proof. When we see other people doing something, we'll be more inclined to think about doing that same thing. Within a launch, we pull together these stories and use these mental triggers within your sequences. So, it naturally leads to a sale and it works for all kinds of products.

How Do You Evaluate New Product Launch?

In business, nothing goes perfectly, or according to plan. Sometimes you have some happy accidents. Other times it feels like a complete disaster at the moment. Mastery comes from nailing those fundamentals.  Over time, you get better and better at those.

The formula works best when you go back and evaluate and tweek. Every launch can be improved on, as Jeff demonstrates here:

“This morning I was tweaking a program guide that's going to go out for when we do our masterclass, which is our launch. And I was just literally in there tweaking the copy like the first sentence. I'm like this isn't the right first sentence to put in this program. We just have to nail this first sentence. I think life is about mastery again yeah it’s about getting better.”

Are you ready to go deeper in your faith while building the business of your dreams?